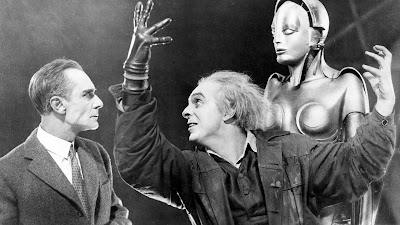 “I have created a machine in the image of man, that never tires or makes a mistake” – Metropolis’ Master Inventor, Rotwang, on his most recent invention, a Robot.

This line, stated about one third of the way through the movie, should be enough to convince you that Metropolis, written and produced during the interwar democratic period in Germany, is much more relevant today than you might expect. Metropolis is one of the first feature-length science fiction movies produced near the end of the silent film era with breathtaking special effects for the time (that even today are mildly impressive). Its cultural impact is more impressive than its initial critical reception, owing to the straight line that can be drawn from the original novel to relatively modern hits like Star Wars and I Love Lucy. With such an inspired legacy, it’s worth asking, just what is Metropolis?

Metropolis is a film based on a novel written by German actress, writer, and director Thea von Harbou. Similar to the production of another groundbreaking science-fiction film, 2001: A Space Odyssey, the novel was written with the express intent to be turned into a movie. After its completion, von Harbou, with her then-husband who directed the movie, Austrian filmmaker Fritz Lang, worked it into a script. The movie is set in the fictional city-state of Metropolis, in a distant unspecified future where wonderous machines enable an amazing lifestyle for a select few.  Reminiscent of H. G. Wells’ The Time Machine, the privileged class, led by the dictatorial Master of Metropolis, take bi-planes and skyways to their various leisure spots while the vast majority of the populous, referred to only as the Workers, toil below, making the city function. The film perfectly encapsulates some of the most prominent artistic themes of the decade, including German Expressionism, Italian Futurism, American Art Deco, and Neo-Gothic religious imagery. 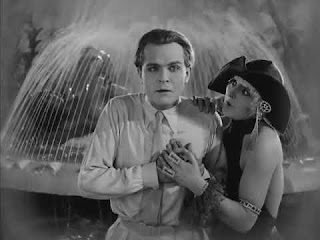 The plot follows Freder, the princeling son of the Master of Metropolis, after a prophetic encounter with Maria, the spiritual leader of a resistance movement brewing amongst the Workers. Freder joins the workers, learns the horror of their conditions, and attempts to act as a mediator between the two factions – later referred to as the head and the hands. Unbeknownst to Freder, the Master intends on replacing the Workers with machines and eventually tasks his chief inventor, Rotwang, with using his first perfect robot (which was the direct design inspiration for C-3PO of Star Wars) to sow dissent amongst the Workers, acting as justification for a violent crack-down. While Maria is no pushover, there is nonetheless an element of a damsel in distress trope common of its time and the movie broadly models itself on the myth of the Tower of Babel.

Interestingly, much of the film feels downright modern, but it is hardly surprising once you learn that the cinematographer was, according to a recent video article by Vox Media, later responsible for developing the shooting techniques for the modern American sitcom, starting with I Love Lucy, after he (like Lang) emigrated to the United States to escape persecution. The story at its core is simple and certainly echoes some of the social democratic or communist ideas floating around Germany at the time, but it still rings true today with nods toward serious wealth inequality and the looming threat of automation to the working class but, crucially, advocates for moderate reform rather than violent revolution.

This article was originally written in 2018 for an initiative by the Goethe Institute which provided free streams of some pivotal German films. It is posted here after the end of the project.
Reactions: