I should probably start out with one, well two, disclaimers. Number one: the international content of this movie is tenuous at best. Really the only thing international about People, Places, Things is the film’s introverted lead, Jemaine Clement, who hails from the land of the kiwis and mentions as such, perhaps only once, in the film. You may know Clement as one half of the New Zealand comedy duo of Flight of the Conchords. I’m writing this for those who don’t know the group but would consider watching their videos online or their HBO series. The second disclaimer is that there is a brief flash of breasts in the movie. Content ratings on international movies are hard to standardize so in general at Backyard Global I'll try and point out nudity and graphic violence as it arises but there will be no rating system employed here. 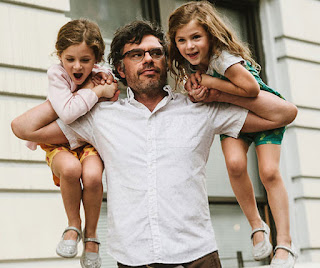 On to the movie! People, Places, Things feels very indie. It’s a romantic comedy set in New York and follows Clement navigating life after an abrupt break-up with Stephanie Allyne’s character. He struggles to maintain sanity while teaching comic book art at a local university and playing the fun-loving father of (adorable) twin girls. The movie gathers its laughs through dry humor, most often from Clement and Daily Show veteran Jessica Williams’ characters. This type of humor reminded me of some of the funnier notes from the Flight of the Conchords TV series. Director James Strouse rather uniquely themes the movie around actual hand-drawn comic book art that mirrors the story and plays a rather pivotal role in the end.

The relationships felt mature and quite realistic, if not a little unconventional. Regina Hall plays a sympathetic literature professor that is an attempted love interest by Clement. Allyne’s character seems to fit some stereotype of a stressed-out millennial, though I found her rather unsympathetic due to her, in my opinion, crazy decisions. Finally, Clement’s relationship with his daughters is just fun to watch as it seems like they really are enjoying themselves rather than just purely acting.

If you happen to enjoy this movie, I’d encourage you to check out Clement’s work, and besides, he’s probably one of the most famous Kiwis out there anyway so if you’re going to know any, here’s a great start.

Flight of the Conchords performing one of their best-known songs "Business Time."