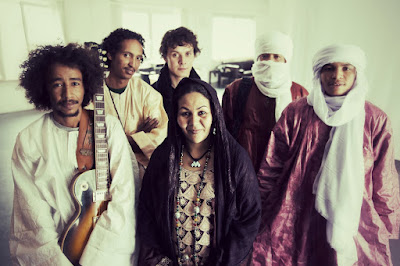 Let's talk about a genre title that needs updating: “world music”. To me, describing various ethnic and folk music traditions from around the world sounds akin to describing something from east Asia as "oriental". It feels firmly in the category of ill-favored but not quite offensive language. Maybe we'll see it changes in the coming years but it's just laziness by the industry.

Moving on to something that may surprise you: Timbuktu is an actual city in the Republic of Mali! What is probably less surprising is that some great music comes out of this west African nation (also home to the supposed richest man in world history). I was initially only familiar with the country due to said same rich guy, Mansa Musa, being a character in my beloved Civilization franchise. Tamikrest is certainly just one of many up and coming bands from the area. Perhaps unfortunately, their story is deeply tied with the political turmoil of the area. Tamikrest began as a group of friends at an international school in their region of Kidal, the desert northeast of Mali and home to the Tuareg people. 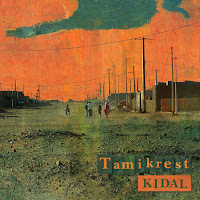 Mali has been wracked with chaos in the past few decades with a civil war in the mid-90s and a recent series of terrorist attacks as a result of a bloody war for independence by various ethnic groups, including a subsection Tuareg separatists. Without going into too much detail, the source of the conflict can be largely lain at the absurd borders drawn during the decolonization movement of the 1960s, splitting, among many others, the Tuareg people across five neighboring countries. This chaos and struggle has led the members of Tamikrest to take to music instead of weapons in the fight for their national identity.

Fusing traditional music of the “Kel Tamsheq (as the Tuareg people call themselves)” with modern western rock music, they’ve created a fascinating sound that is unlike almost anything I’ve ever heard. Ethnically related to the Berbers, Tamikrest fuses some “middle eastern” sounds, for lack of a better term, with classic rock drums and bass to create a moving and enigmatic sound that certainly feels at home in the desert of Kidal. While I won’t pretend to understand what they’re singing, you'll quickly learn that's not a problem. Anyway, if you feel totally lost, give War Tila Eridaran a try and see what I mean.