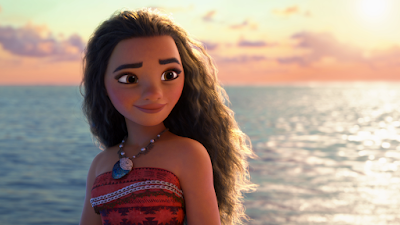 It didn’t occur to me that Moana could be a feature for Backyard Global until I was in my seat in theatres. As one should with any Disney movie, I went in with some serious skepticism about the potential for mass cultural appropriation. While certainly far from perfect, I must say I left impressed! If nothing else, I left with more questions about Polynesian culture than I came in (one fun fact I learned was that the word “taboo” originates from Tongan, the language of Tonga, a small Polynesian nation). At the end of the day, Moana isn’t a perfect representation of Polynesian culture but it does much better than the likes of Mulan and Aladdin. There is some romanticism of natives and their coconuts and perhaps reinforces some stereotypes of Polynesian men and mythology (see this Smithsonian Mag article for an in-depth review on its cultural representation), but overall I think it does portray the people in a positive light and the movie is simply a joy that the whole family can enjoy. 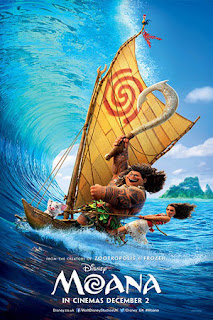 With that little disclaimer out of the way, first and foremost this film is beautiful. It’s truly an artistic masterpiece with vibrant colors, expressive animation, and effective visual comedy. Moana tells the story of an energetic young “princess” of a Polynesian tribe with a serious case of wanderlust. Moana wishes to journey across the seas to see the world beyond the barrier reef (it’s never clear if it means the Great Barrier Reef and geographically wouldn’t make sense) while her father, the chief, tries to convince her to stay on the island, a possible reference to the Long Pause of Polynesia migration mentioned in the Smithsonian article. She eventually sets off on an adventure after its found that her island is on the verge of an environmental disaster that began when the demigod Maui (voiced semi-convincingly by Dwayne Johnson) stole a gem from Te Fiti, a sort of Mother Nature goddess. Their adventure takes them all over the South Pacific and she encounters challenges such as a race of coconut people (funny but one of the issues many Polynesians take issue with), and a large crab voiced by Flight of the Conchord’s Jemaine Clement (alongside one of his signature songs!). I won’t spoil the ending but the journey is one of personal development more than anything and is sure to be enjoyable for both parents and children! All of the main characters are voiced by actors with some Polynesian ethnic backgrounds which is a nice, albeit small, touch!

Some of the cooler aspects of the film involve the representation of Polynesian culture, especially the incredible boats and navigational techniques that allowed them to spread across the southern Pacific archipelago. You also see something akin to the Maori war dances popularized on the internet. While it’s not going to answer many questions about these peoples – and it should be noted they’re not a cultural monolith, we’re talking a huge geographic area from New Zealand to Hawai’i – but my hope featuring it in Backyard Global is that it might inspire you or your children to learn more about their culture!
Title: Moana
Country of Origin: USA
Genre: Fantasy
Released: November 14, 2016
Runtime: 107 minutes
Director: Ron Clements, John Musker
Voices: Auli’I Cravalho (USA), Dwayne Johnson (USA), Nicole Scherzinger (USA), Rachel House (New Zealand), Temuera Morrison (New Zealand), Jemaine Clement (New Zealand), Alan Tudyk (USA)