Generate your own Heat - Lack of Afro

Get up and move! It’s resolution season and many of us vow to shed some pounds! If you happen to be a part of that crowd, might I suggest a little dancing? British producer Adam Gibbons, known by his stage name as Lack of Afro, produces some of the most fun music I’ve heard all year. I initially discovered him last summer and found his album “Music for Adverts” to be the perfect album to blast while driving with the windows down. Even as I listen now, it’s hard to sit still and listen to the likes of “Freedom” or croon-along (if there was such a concept) to “Recipe for Love”. 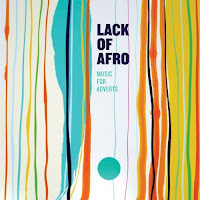 Keeping with a longish British tradition of mastering American music styles (such as the Rolling Stones growing up on early American blues music), Gibbons styles his music as something that might feel at home in the height of the Motown era. He jumps from R&B, to poppy rap, to smooth funky ballads, and even some jazzy backbeats, all in the same album. I can only surmise that his name comes from being a British white guy blowing out your speakers with some of the most iconic African-American music styles of the 20th century. Standing as a small testament to his mastery, Music for Adverts landed on the iTunes top 10 R&B and Soul chart in its 2014 release year.

If, when listening, you start to feel a familiar beat, don’t be surprised! Gibbons has an extensive resume that has included producing music for shows like Bojack Horseman, Brooklyn Nine Nine, and has even been featured on Entourage – which in my opinion has one of the best soundtracks of any show or series. If you need a pick-me-up for the cold doldrums of January, get up and put on some Lack of Afro!