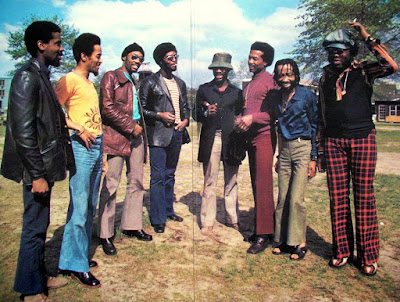 “This is a Rastafarian folk song. Dedicated to the world’s first hippie.”

Every once in a while, you come across a band that has such a unique sound that it defies pigeonholing, which often leads to its sound being somewhat timeless. I don’t necessarily mean that the sound is “classic” in the traditional sense, more that just listening doesn’t indicate how, where, or when it came from. Cymande certainly fits all the above criteria, offering a fresh take on funk, blending jazz, reggae, soul, and traditional African beats, into a sound unlike anything you’ve likely encountered before. Accordingly, they have their own name, reflecting the Afro-Caribbean roots, calypso. Calypso is perhaps a sub-genre of the Afro-Caribbean scene that developed in Trinidad and Tobago in the early 20th century that spread quickly around the region.
Founded in 1971 and quickly discovered in a Soho club in London, Cymande had a brief four-year run touring around the United Kingdom – the first of which they opened for the legendary Al Green no less! Just by looking at the breakdown of the eight-man group, you can see the priority placed on percussion commonly associated with African-styled music, with three percussionists, three saxes, and your usual guitar and bass staples rounding out the group. The music almost begs for you to get up and move, or at the very least give a good conservative tap of the foot. If you need a bit of a funky/jazzy pick-me-up, I can’t recommend “Dove” enough. Side note: Cymande, pronounced “See-man-day” means dove in Calypso! 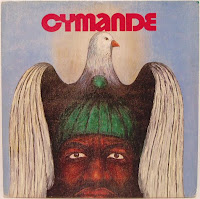 The opening line begins the song, aptly named, “Rastafarian Folk Song”, and goes on to praise Jah Rastafari, the name that, to my understanding, symbolizes the Holy Spirit of the Christian Holy Trinity. Rastafarians, and it can be assumed that a number of band members would identify as such, believe that Jah resides in every human, and use the term “I and I” to replace “we” in speech as a form of solidarity between all men. In a nutshell, me being led to learn this through the music is a good example of the goal of Backyard Global. You never know what you’ll learn by just listening to music or watching movies! Read more about Rastafarians on the Wikipedia page for it.

Overall, I can’t recommend Cymande enough. Their beats may sound somewhat familiar as their music is often sampled, perhaps most famously by Grandmaster Flash himself. Reflecting upon my timeless sentiment, the band almost confirmed my thoughts saying upon their breakup that “their music arrived in the U.K. long before its time”.

Recommended songs: Dove, Getting it Back, Zion