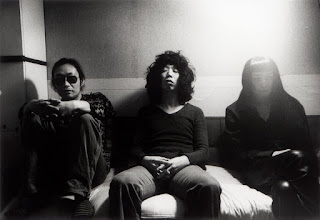 Shintaro Sakamoto feels like an audible version of Japanese fashion. Having both Western and Eastern roots, its eclectic combination creates something that seems to be greater than the sum of its parts. For those who might be more connected to the Japanese pop scene than I am, Sakamoto is a longtime veteran frontman of the acclaimed psychedelic rock group Yura Yura Teikoku (The Wobbling Empire). It’s clear that he has a strong command of the Western groove as the baseline is relaxed and strong while mixing up the lead with a wild array of instruments including high-pitched light guitar, wooden fish rhythms that feel very latin-esque, and some of the general compositing of the songs feeling very much in the vein of one of my longtime favorite groove-rock rocks, Steely Dan. 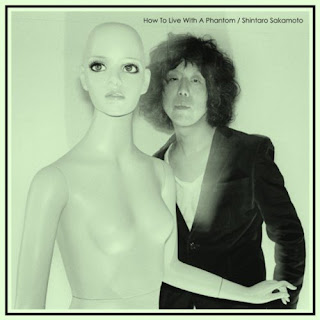 Sakamoto only went off to launch his solo career in 2012, after 23 years touring with Yura Yura (almost exclusively in Japan unfortunately). His debut album, “How to Live With a Phantom” is everything I’ve described already, a multi-genre pop-funk experience that, as Erik Harvey of Pitchfork says “evokes the anonymous band downstairs in the hotel lounge, playing for weary business travelers and soundtracking the early moments of an ill-fated hookup”. It feels the perfect description for this album as, for the more plebian listener like myself, it may be preferable to listen to “Phantom” whilst doing something else. Alternatively, while listening again before posting this, I thought this album would feel very much at home in a Wes Anderson film. While Sakamoto often throws rather unique sounds your way, one being the “A Stick and Slacks” ending with a musical bubbler, a good portion feels somewhat repetitive. I need to add, however, that I do not speak Japanese and in general am not verbally inclined when it comes to music so it could be entirely possible that he makes up for the repetitive tunes with a strong folky tale or two.

Overall, Shintaro Sakamoto offers a nice glimpse into a side of Japanese music not often seen in the United States, especially considering how hard it was to acquire their albums until the digital revolution. Give Sakamoto a listen to, if nothing else, break up your own musical habits, you may come away surprised!

This article was originally written in 2016 and has been posted with minor updates.