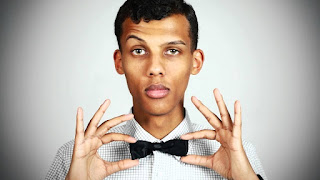 I’m not sure it counts as coincidence, but the summer before moving to Germany for a year, I came across a song by, what I thought, was a French hip-hop artist. A few months later, while living in Germany with a Parisian roommate, we were listening to her favorite artists over a few beers and a familiar tune came on. 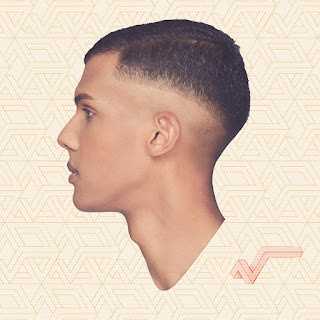 Well you can guess where the conversation led. Somehow I had been listening to one of my future roommate’s favorite musicians without knowing it! After hearing a few of his songs, it’s not hard to understand why this Belgian artist left such an impact on her. Paul Van Haver, known by his stage name as Stromae, is an internationally-recognized pop artist with a mixed Belgian and Rwandan background.

His most recent album, Racine Carrée (Square Root), is a lively collection of pop songs with a dark and personal meaning. His work is much better seen than just heard as he is a talented dancer in his own right, and I must adamantly request that you watch his official videos linked below. Some of Stromae’s more powerful songs including “Papaoutai” (a play on words mostly meaning “Father, where are you”) and “Quand C’est” (Who is it?), tackle difficult subjects of missing one’s father (his was killed in the Rwandan genocide of 1996) and his mother being stricken with breast cancer. The videos are moving, chilling, and often just down right creepy – a favorite English word of my roommate – and you miss half of his performance ability by only listening.

If you happen to be learning French, I would strongly recommend Stromae as an artist that will test the limits of your understanding of artistic language. He is simply my favorite French-language artist out there and I’m grateful of the late-night conversations with my roommate that led to the videos. Check him out!